In the Clean Water Act, the EPA defines point source pollution as follows:

(14) The term “point source” means any discernible, confined and discrete conveyance, including but not limited to any pipe, ditch, channel, tunnel, conduit, well, discrete fissure, container, rolling stock, concentrated animal feeding operation, or vessel or other floating craft, from which pollutants are or may be discharged. This term does not include agricultural stormwater discharges and return flows from irrigated agriculture. [502(14) amended by PL 100-4] 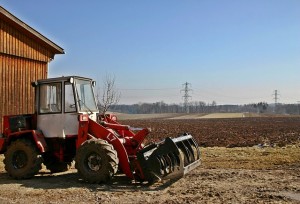 In building this metric, we investigated three factors:

For funding, we consider many factors of states’ acquisition of federal grants to mitigate non-point source pollution. A few of these include average funding per year, percent of grants related to agriculture, dollars per grant, and trends in funding over time. All factors were given equal weight and a ranking was produced.

Every state is required to report biannually to the EPA on the condition of its waters. Using this information, known as 305 or Integrated reports, we used trends over time in impaired waters as well as investigating how many of these impaired water bodies are due to agriculture. All factors were again given equal weight and a ranking was produced.

All three factors are given equal weight in the final ranking. The rankings were summed and ranked again to provide the final score.


The agency responsible for water quality in each state is required by federal statute to produce a list of water ways being assessed for impairment, as well as a list of which waterbodies are being impaired and why. This is known as a Section 305 list. A federal database of these lists was consulted for this metric (CITE http://www.epa.gov/waters/ir/).

Herein, we consider the following factors:


Data was insufficient to conduct a meaningful analysis of the agricultural probable source group for lakes, reservoirs, and ponds. Time series regression was again performed with the independent variable of year and dependent variable of the above factors. Missing data for any factor for a particular year resulted in said state being ranked last for that factor. Ranks for the five factors were aggregated to produce a final ranking.